This week the blog is focused on companies trading for less than cash value. We started off with Opthotech (OPHT) on Sunday (and gave an update this morning!) and then covered Dyadic (DYAI) on Tuesday (disclosure: I’m long both DYAI and OPHT). Today, we focus on MEI Pharma (MEIP; disclosure: long), probably my favorite of the group.
MEIP’s backstory is very similar to OPHT's. MEIP’s primary drug is Pracinostat (Prac). The market was very excited about Prac for use in MDS. However, in early 2015, MEIP announced their phase II trial for MDS failed to meet its primary clinical endpoint. The market’s response was… not kind. 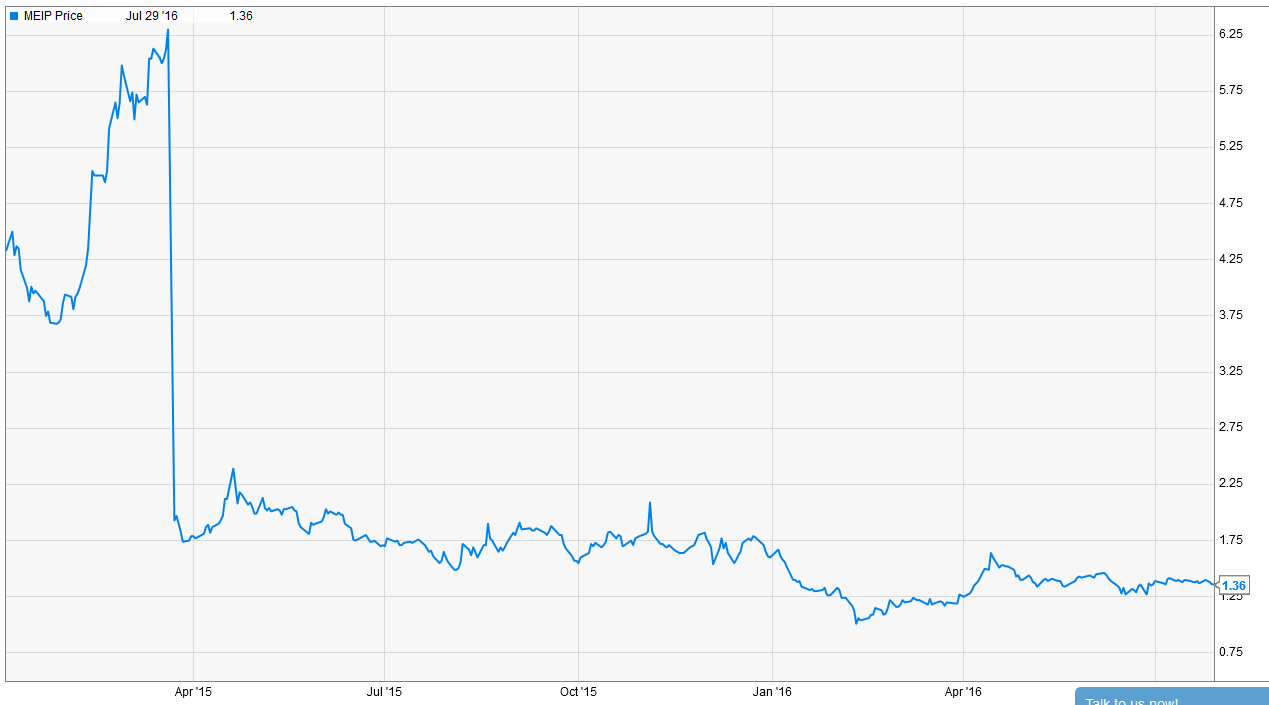 However, similar to OPHT, that massive sell off could represent opportunity for value investors. At today’s price of ~$1.50, MEIP is trading for a discount to the ~$1.60/share in cash on their balance sheet. In addition, I think MEIP has several avenues to hidden growth that could lead to shares being a multi-multi-bagger from today’s prices.
Let’s start with some background. MEIP develops drugs for the treatment of cancer. They currently have 3 drugs. Two of them, ME-401 and ME-344, are promising but very early stage. If they work out well, they could and would drive significant value. In the short term, they will be small to medium cash drags as the company invests in cash to fund clinical trials for them. For simplicity, I will assume each of them are worth nothing, though given the lottery ticket nature of early stage drugs they will either be a mild negative or a huge home run.
The main reason to be excited about MEIP is Pracinostat (Prac). Prac is an HDAC inhibitor used for treating cancer. Specifically, it is targeted for patients with Myelodysplastic syndromes (MDS) or Acute Myeloid Leukemia (AML) who cannot handle intensive chemotherapy, either for health reasons or because they are old (75 years old or older).
Some background here will help explain how the opportunity popped up. MDS is basically a prelude to AML; patients w/ MDS are often healthy and the disease can be treated in ambulatory clinics. However, if MDS is not treated, it can/will lead to AML, which is a much more serious condition that carries an extremely poor outlook (untreated, life expectancy is 6 months or less). Once diagnosed w/ AML, patients are immediately put on chemo if they are healthy enough to take it. However, many patients over 75 so they're not healthy enough to be put on chemo (i.e. Prac's target market).  AML is the most common form of adult leukemia (~25% of adult leukemia in the western world).
As mentioned above, Prac failed its phase II trial for MDS in early 2015. Shares have consistently traded in the low to mid $1 range since failing that trial. In many ways, it feels like MEIP has been left for dead: investors were burned investing in MEIP once, and they have no desire to enter the company now that it trades below net cash.
I don’t think that’s quite fair. In fact, I think that’s missing a lot of good news that has come MEIP’s way in the past year or so.
First, in late 2015, the company reported positive Phase II results for Prac in AML. On August 1, the FDA gave Prac breakthrough designation for AML as well as reaching agreement on phase III trial design.  MEIP immediately followed all of this up by entering into a strategic agreement w/ Helsinn. The strategic agreement licenses Prac to Helsinn in exchange for a $5m equity investment (priced at $1.91/share), $20m in upfront payments, $444m in regulatory and sales based milestones, royalties once the drug starts selling, and Helsinn agreeing to fund the global development of Prac. 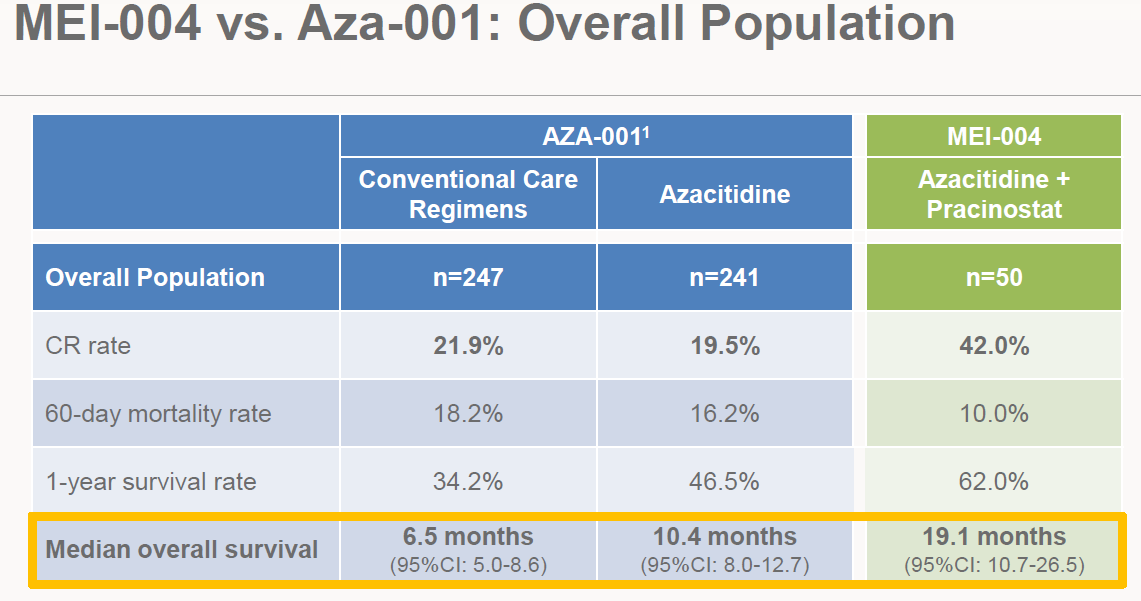