In mid-March, Mill Road Capital offered to buy the ~89% of Lifetime Brands (LCUT; disclosure: long) it didn’t already own for $20/share. It’s my view that the offer substantially undervalues the company; however, Mill Road has a history of starting bidding wars for its portfolio company after lobbing in bids, so I believe it’s only a matter of time until Lifetime is taken private a substantial premium to today’s share price.

In order to understand my belief that Lifetime will be taken private for a price substantially higher than Mill Road’s initial offer / today’s price of just over $20, it’s important to understand both Mill Road’s history and Lifetime as a company. I’ll start with Mill Road’s history before moving on to Lifetime.
Mill Road is an investment firm with a flexible cap structure; for simplicity, I think of them as a hybrid public / private fund (or, in their terms, the “Berkshire Hathaway for small companies”). They focus on buying stakes in smaller companies and building longer term relationships with those companies. These investments often lead to Mill Road offering to buy the company in full and take them private; Mill Road estimates they have completed more going private transactions with publicly-traded micro-caps than any other firm over the past seven years. Unfortunately, there’s not a lot of public firm level history on Mill Road, but they raised a $420m fund in late 2013; combined with the $362m of assets they already had under management, I would guess the firm is pushing $1B of AUM at this point. Despite the lack of freely available public info on the firm, we can discover a lot about them through their past actions at publicly traded firms they’ve invested in.
The most recent company Mill Road successfully engaged with was Skullcandy, a company / situation that we were invested in last year. A quick recap of the situation: last summer, Skullcandy reached a deal to be acquired by Incipio for $5.75/share; in response, Mill Road bought ~10% of the company and lobbed in a $6.05/bid for the whole company. A modest bidding war eventually broke out, and Mill Road ended up buying Skullcandy for $6.35/share after Incipio wouldn’t raise their bid above $6.10. This represented a 43% premium to Skullcandy’s unaffected price, though that somewhat underestimates the premium paid since Skullcandy also needed to pay $6.6m (~$0.23/share) to Incipio as a break fee; add that break fee in and Mill Road paid almost a 50% premium to Skullcandy’s unaffected price and ~15% over the initial Incipio deal. I mention this to highlight that Mill Road is not afraid to pay up for companies it wants / thinks are undervalued.
Skullcandy is by no means an isolated incident; an analysis of Mill Road’s other investments show they tend to end with a buyout offer. Mill Road is currently running a proxy contest at Ecology & Environment (EEI) after they bought up a stake in the company and EEI rejected a go-private offer, and they also offered to buy out Learning Tree (LTRE) in 2015 after holding a stake since 2009.
All of those investments suggest that Mill Road is willing to invest in stocks for a long time while waiting to take a company private, as well as pay large premiums for companies they want. The Mill Road investment that really strikes me as most similar to the current Lifetime offer is their investment in R.G. Barry. Mill Road first started buying shares in R.G. Barry in 2008 and offered to take R.G. Barry private in 2009 (at a 40-55% premium to the then market cap; though from depressed early 2009 prices). No deal was reached then, but Mill Road continued to raise their stake in R.G. Barry over the years and made another bid for  the company in 2013. That bid eventually lead to Mill Road partnering with Blackstone to take the company private in 2014. Interestingly, while Mill Road bought R.G. Barry for $19, the proxy reveals that Mill Road’s bid lead to a competitive offer from a strategic bidder. While the strategic offer was higher than Mill Road’s ($21/share vs. $19), the company went with Mill Road’s offer because the strategic wouldn’t agree to a “hell or high water” antitrust provision. The strategic bidder coming into the auction particularly interests me because I think Lifetime could be an interesting fit for several strategic bidders.
With Mill Road’s investing background covered, let’s turn to their history with Lifetime. Mill Road first started buying shares of Lifetime in late 2013. They increased their stake in 2014 and several times in 2015, but they’ve been relatively quiet in Lifetime since then until March, when they bought up ~1% of the company the day after Lifetime’s Q4’16 earnings announcement and then lobbed in their $20 bid. So what exactly are they seeing in Lifetime?
Lifetime is a consumer products company with a focus on home products, mainly kitchenware, cutlery, tableware, etc. The company is a combination of owned and licensed brands, and they’ve got some of the best brands in the industry. Their best owned brand is probably Farberware, while their best licensed brand is probably KitchenAid (which they have licensed through 2018 and have licensed since 2000), but they’ve got plenty of other strong brands. 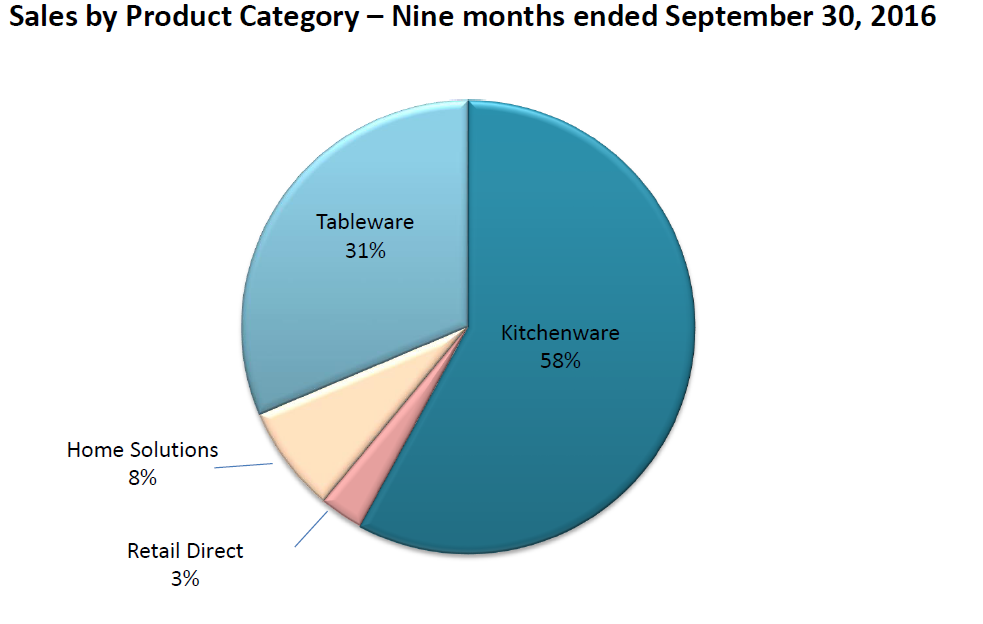 As you might expect, the kitchenware and tableware industry isn’t exactly a growth industry. The biggest part of being a player in the space involves having distribution / shelf space at major retailers, and Lifetime has a long customer list with all of the major players you’d expect (Walmart, Kohl’s, Target, Macy’s, etc.). A good DD trip is to go to a big box store or two and wander their kitchen / table type aisles; if you don’t find a few of Lifetime’s products, I’ll give you a full refund for this write up. In addition to their retail presence, Lifetime also has a burgeoning online presence. Below I have two screenshots. The top one is a screenshot of Amazon’s “favorite brands” in their wedding registry. KitchenAid is specifically called out (see bottom right). The bottom is a screen shot from Walmart’s online “kitchen & dining” section; Farberware was the top “featured brand” and KitchenAid was the third (the Classic KitchenAid mixer was also the #1 kitchen appliance on Walmart). You can do similar searches for a host of Lifetime brands on a variety of websites and you’ll find similar strong placements. 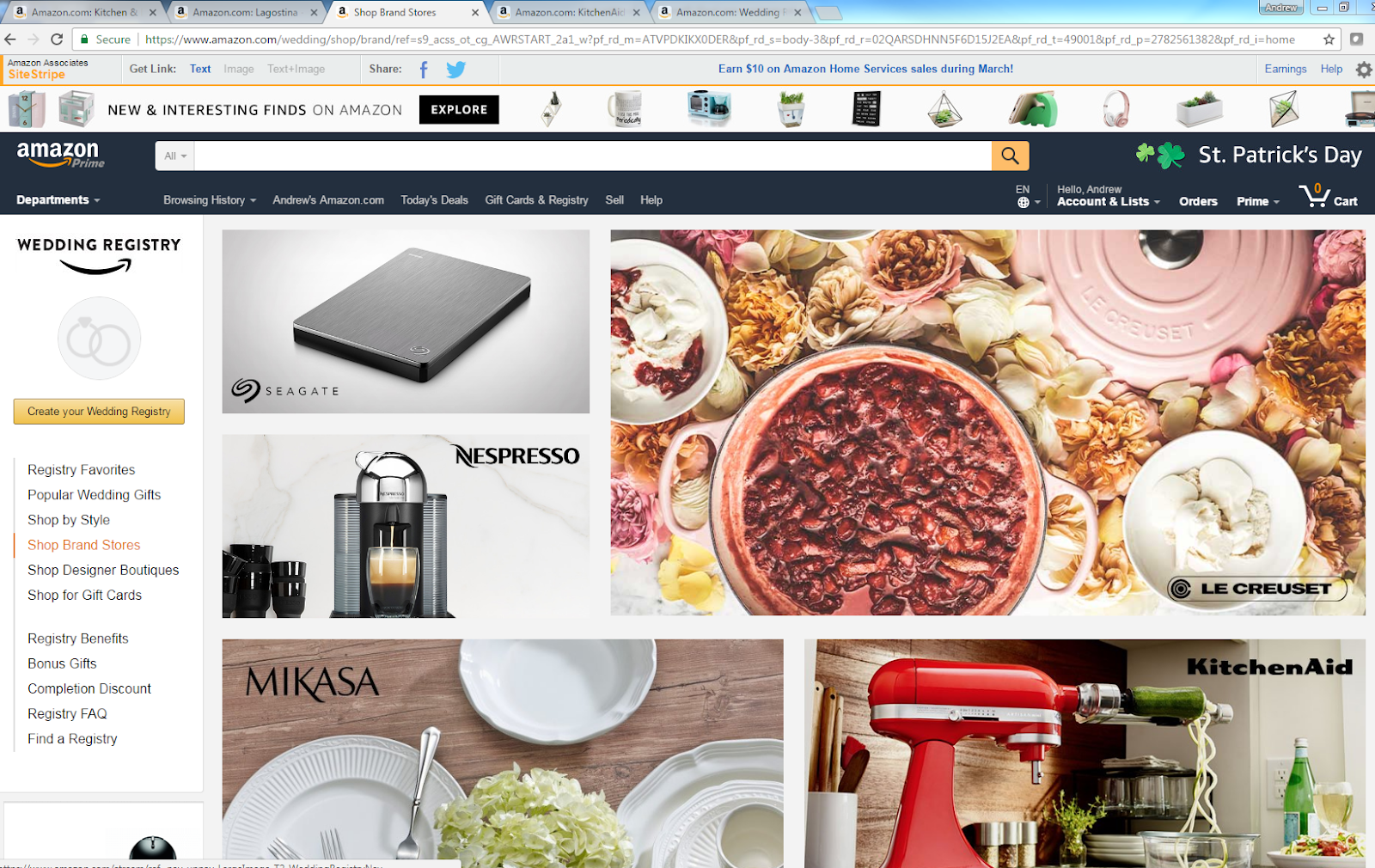 Given the pretty mature industry and absent acquisitions, Lifetime should really be a low single digit growth type company, plus or minus any market share gains. That assumption is relatively confirmed by recent results: organic growth was low single digit in 2016, and the company is guiding for low to mid-single digit organic growth in 2017. Margins, return on capital, etc. are all acceptable but uninspiring. Lifetime’s been pretty consistently profitable; their worst year was 2008 when they were basically breakeven but aside from that they’ve generated profits every year and thrown off some cash flow. Put it altogether, and while I wouldn’t compare Lifetime to Google or Apple, I do think Lifetime is a perfectly nice business.
So Lifetime is a decent business, but there hasn’t been a ton of change between now and when Mill Road first started building their position in 2013. So why did Mill Road decide to make a bid for the whole company now? I think there are a few reasons; for ease, I’m going to switch to a bullet form on these: 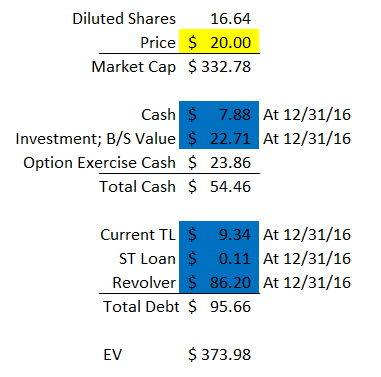 Other Odds and Ends 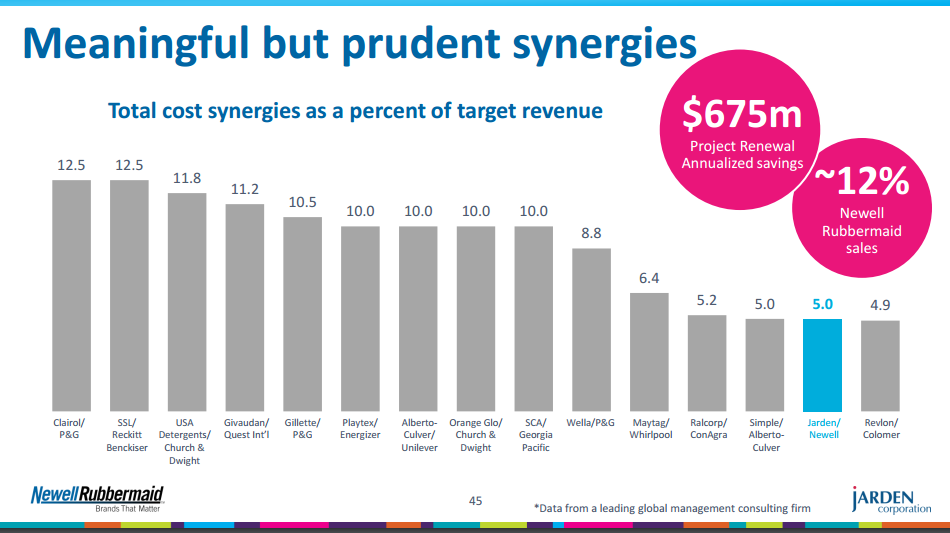 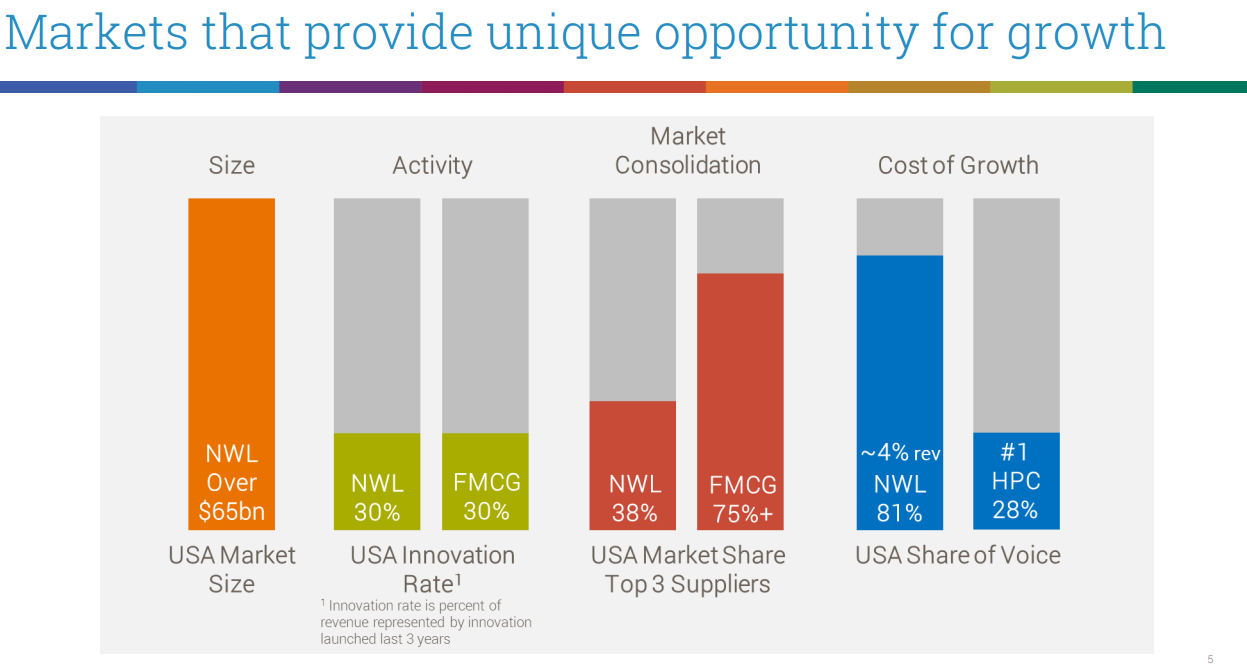 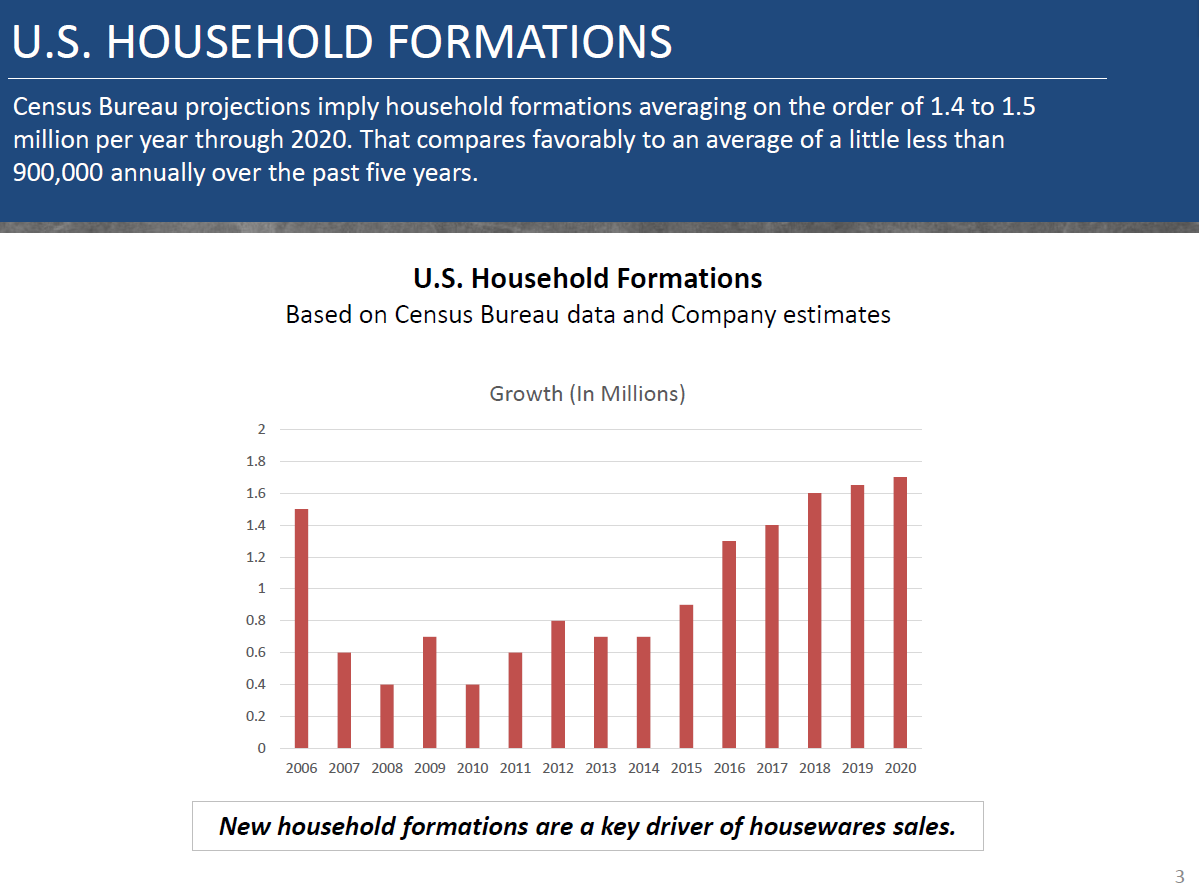 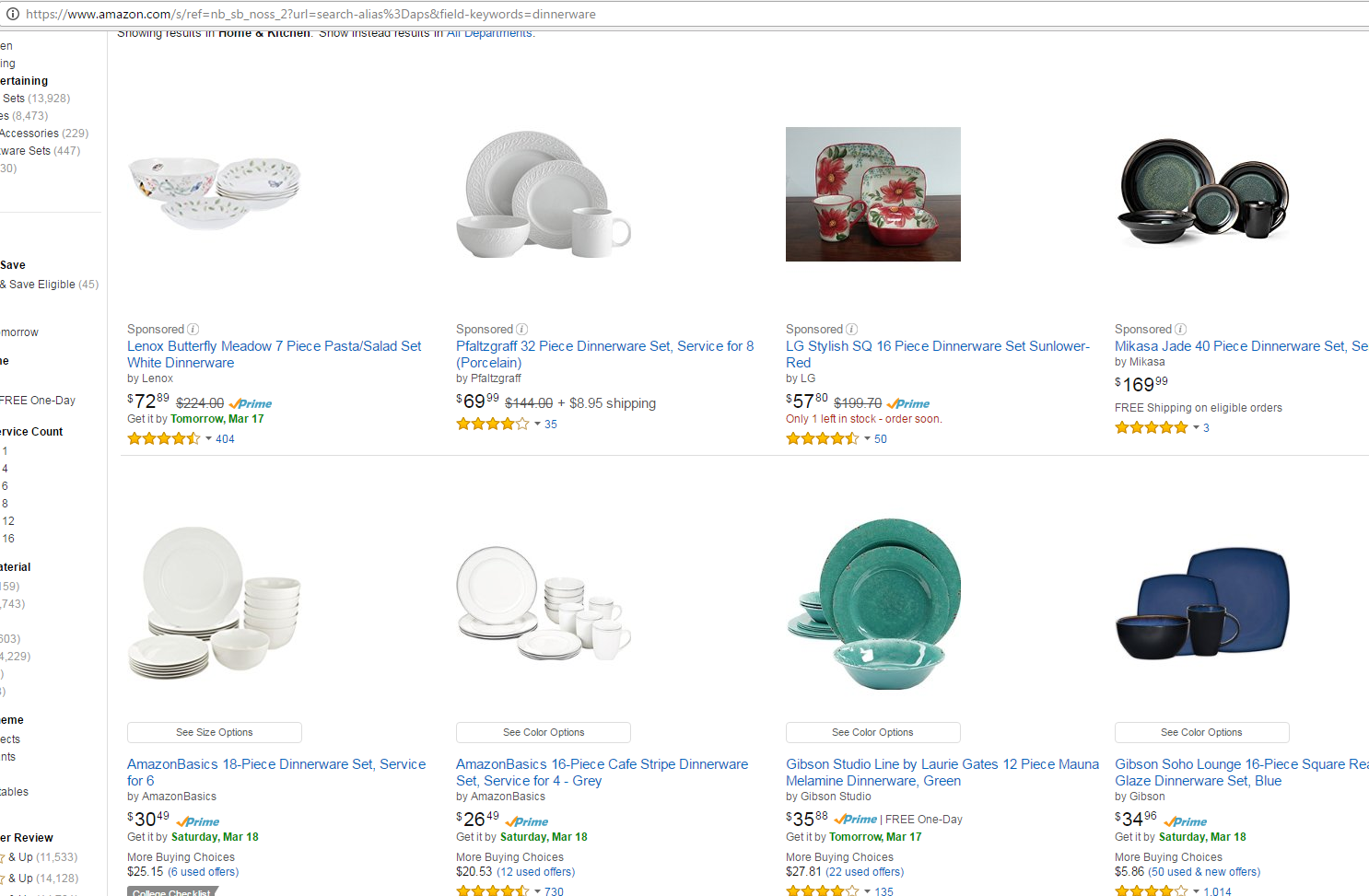 Andrew,
Great piece... We have a position.. Obviously there have been some really recent developments.. Any thoughts? I can't imagine this is completely over... Especially since Mill Road (even after rejection) doesn't typically leave a party it has started.. We are looking to possibly double now at the mid $18's..