Why the big decline, AMC? $AMC

Key investment thesis: AMC (disclosure: long) shares have recently dramatically under performed peers RGC and CNK (disclosure: short a non-life altering amount of both as a hedge), providing investors with an opportunity to invest in the company at a below peer valuation despite better growth prospects. 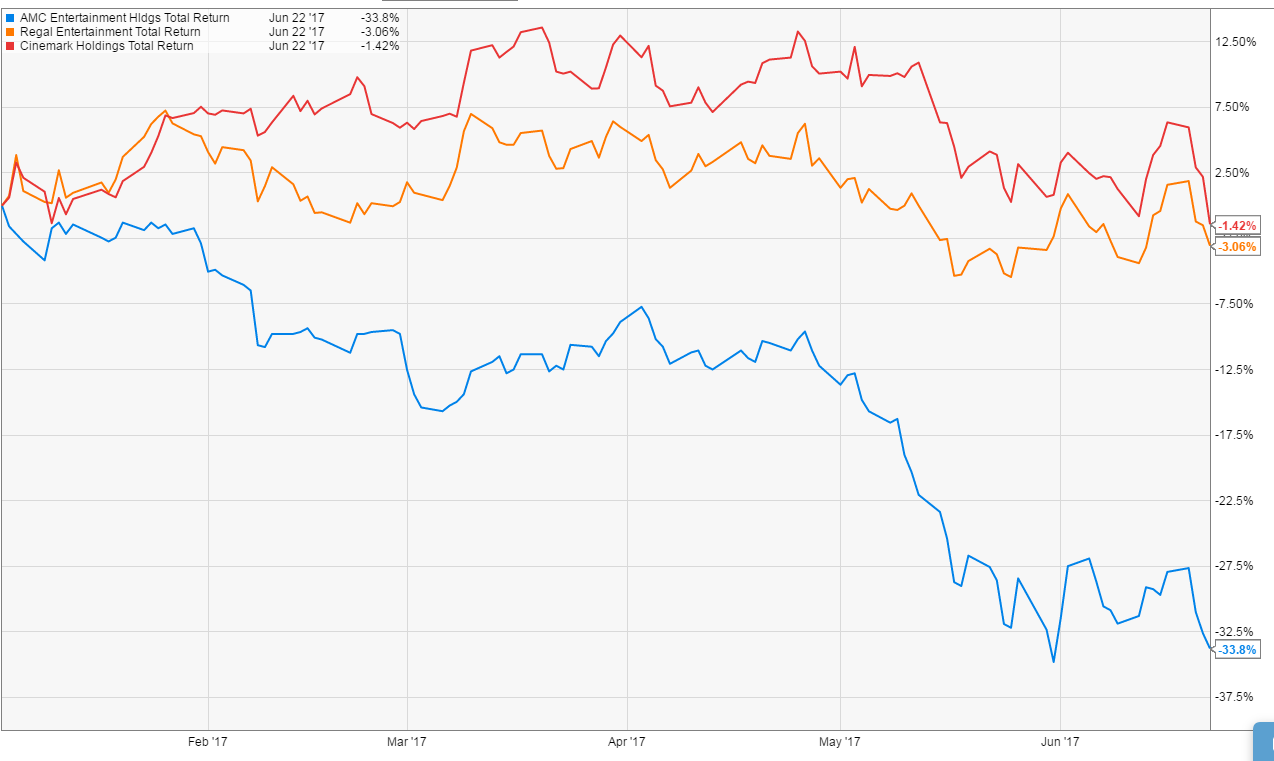 AMC is the largest movie theater exhibitor in the world. Their merger with Carmike in late 2016 made them the largest operator in the U.S., while their Odeon and Nordic mergers in late 2016 / early 2017 left them as the #1 player in Europe as well. 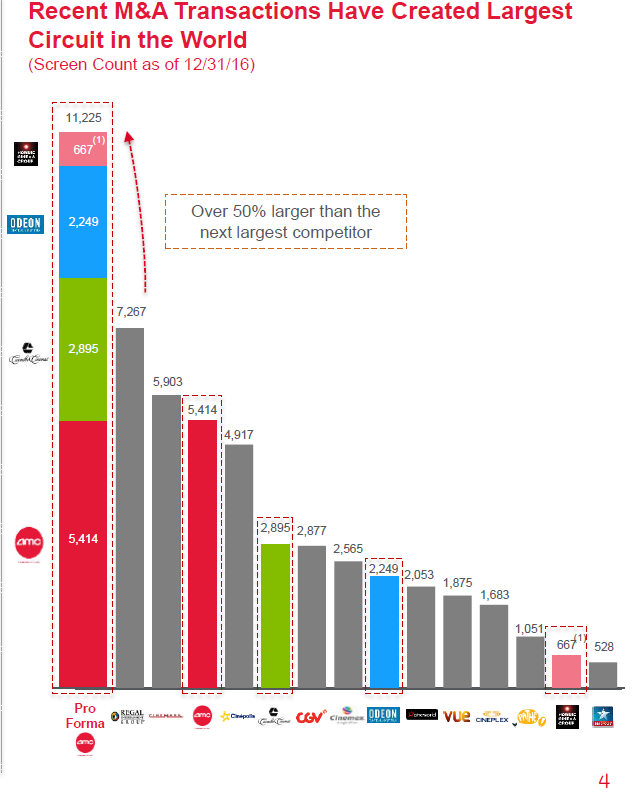 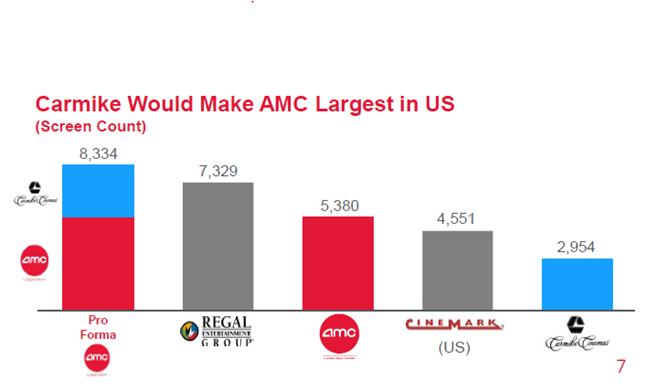 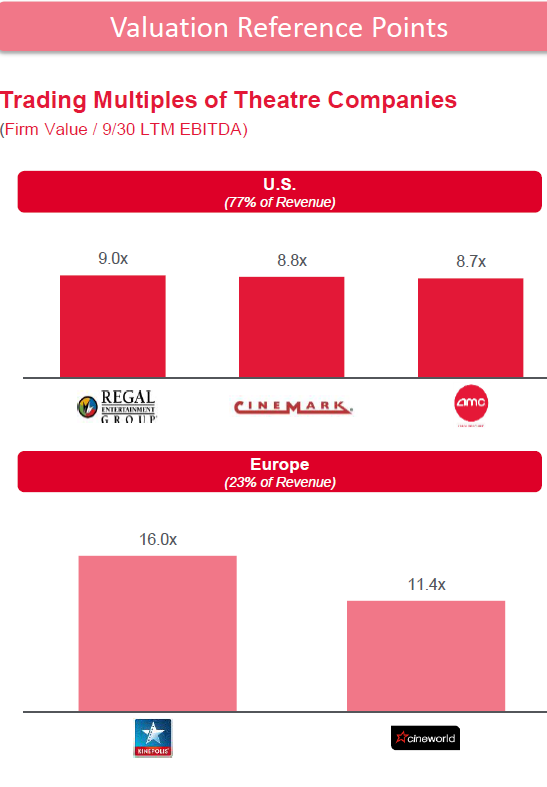 The question I keep coming back to is why has AMC’s stock sold off so hard? In other words, why has this opportunity presented itself?
Everyone’s first stab at the reason for the decline is “o, the movie theater window is going to close, and the market is discounting the lost profits.” Currently, movie theaters have the exclusive rights to movies for ~100 days before they go into pay per view, streaming, DVDs, etc. Movie studios are always pressing to shorten this window because doing so allows them to spend less on marketing (currently, a studio needs to advertise a movie when it comes out and again when it goes on to DVD. If you could release the DVD while movies were still in theaters, you could consolidate that marketing and save a bunch of money). Window shortening is certainly a risk and I’ll discuss it later, but I can’t see it being the reason for AMC’s sell off because only AMC has sold off, not any of its peers.
So is there something AMC specific? 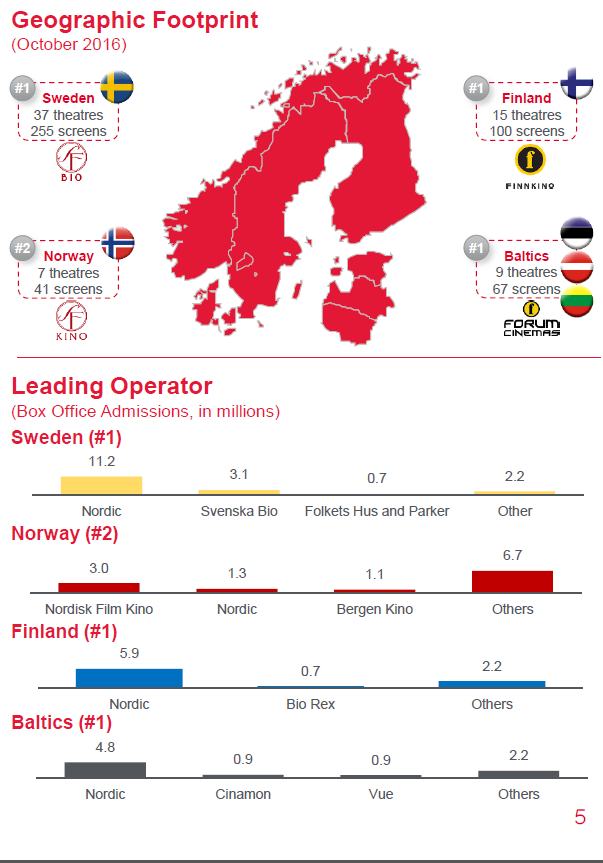 What happens if AMC's comps decline?

I think VR isn't something to worry about (in the near term). A few reasons, equipment is cumbersome, nauseating when using for extended period of time, it's a novelty, LED or LCD displays make your eyes feel weird when they are that close to your face. It reminds me of the 3D TV experience that a lot of people thought would catch on.

you're right. it's the perfect summary of AMC.

where do you talk about AMC trading to a premium though?

Wasn't AMC trading a premium valuation to the group in the early part of 2017 and prior? Also, it looks like AMC's debt load is a bit more than twice that of its comps. Could it be as simple as with more leverage one can expect wider equity swings?